Property for sale in Chile 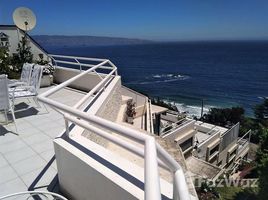 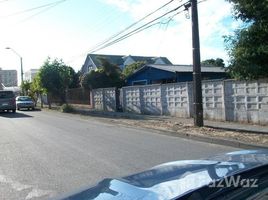 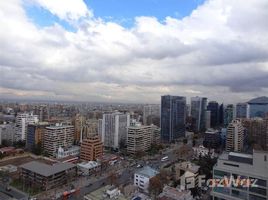 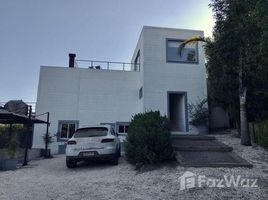 Don't miss out! Get notified when new properties for sale are listed in Chile Request Details
Puente Alto
San Jode De Maipo, Cordillera, Santiago, Chile
$49,000,000 CLP ($906,000 CLP/SqM)
2 Bedroom House for sale at Puente Alto
This property is a 54 SqM house with 2 bedrooms and 1 bathroom that is available for sale. It is part of the Puente Alto project in San Jode De Maipo, Santiago. You can buy this house for a base...
2 1 54 SqM 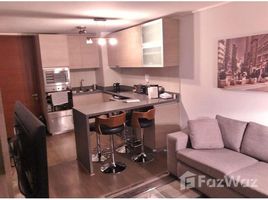 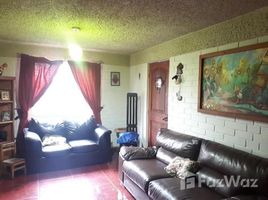 Request Details
Penalolen
San Jode De Maipo, Cordillera, Santiago, Chile
$77,000,000 CLP ($1,240,000 CLP/SqM)
3 Bedroom House for sale at Penalolen
This property is a 62 SqM house with 3 bedrooms and 1 bathroom that is available for sale. It is part of the Penalolen project in San Jode De Maipo, Santiago. You can buy this house for a base pr...
3 1 62 SqM 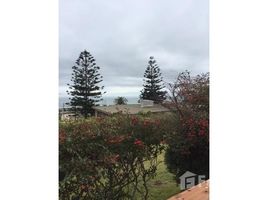 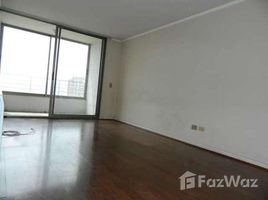 Request Details
Santiago
Puente Alto, Cordillera, Santiago, Chile
$98,892,944 CLP ($809,000 CLP/SqM)
3 Bedroom House for sale at Santiago
This property is a 122 SqM house with 3 bedrooms and 1 bathroom that is available for sale. It is part of the Santiago project in Puente Alto, Santiago. You can buy this house for a base price of...
3 1 122 SqM 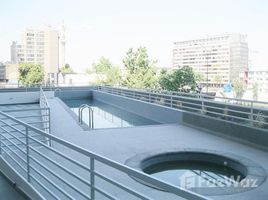 Request Details
Santiago
Puente Alto, Cordillera, Santiago, Chile
$53,701,264 CLP ($1,580,000 CLP/SqM)
1 Bedroom Apartment for sale at Santiago
This property is a 34 SqM apartment with 1 bedroom and 1 bathroom that is available for sale. It is part of the Santiago project in Puente Alto, Santiago. You can buy this apartment for a base pr...
1 1 34 SqM 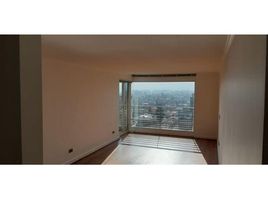 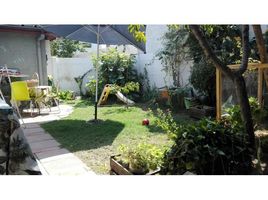 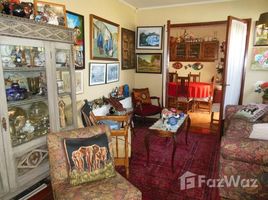 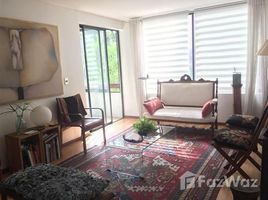 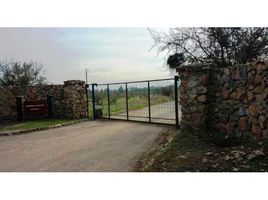 7 Days Refund Changed your mind? Get a 100% refund of your reservation deposit 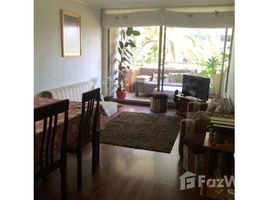 Request Details
Nunoa
San Jode De Maipo, Cordillera, Santiago, Chile
$145,000,000 CLP ($2,070,000 CLP/SqM)
2 Bedroom Apartment for sale at Nunoa
This property is a 70 SqM apartment with 2 bedrooms and 2 bathrooms that is available for sale. It is part of the Nunoa project in San Jode De Maipo, Santiago. You can buy this apartment for a ba...
2 2 70 SqM 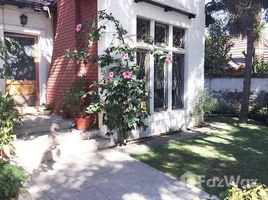 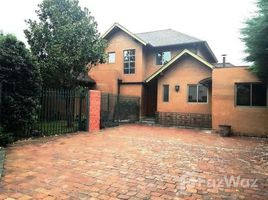 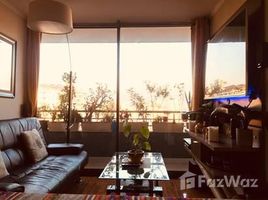 Request Details
Santiago
Puente Alto, Cordillera, Santiago, Chile
$118,418,173 CLP ($2,150,000 CLP/SqM)
2 Bedroom Apartment for sale at Santiago
This property is a 55 SqM apartment with 2 bedrooms and 2 bathrooms that is available for sale. It is part of the Santiago project in Puente Alto, Santiago. You can buy this apartment for a base...
2 2 55 SqM 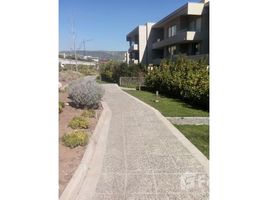 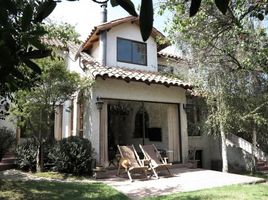 What You Need to Know About Chile

Chile is a country situated along the western seaboard of South America. It is a country of geographical extremes – from deserts in the north to snow-capped volcanoes, lakes, fjords, and forests in the south. It also boasts a vibrant culture and rich history and is known as the most stable and prosperous nation in South America.

In recent decades, Chile has one of the fastest-growing economies in Latin America, which has allowed the country to significantly reduce its poverty rate. Due to Chile’s robust economy and stability, it has become a popular destination for foreign property investment. In addition to its strong economic force, the government has invested heavily in infrastructure and construction as a part of the recovery strategy from the global financial crisis of 2008. This has pushed up property prices in the country, making its property market even more attractive to foreign investors.

Learn more about the Chile property market through trends and average prices.

The Chile area currently has 2,705 properties for sale

Chile has a population of over 18 million people spread across a total area of 756,950 square kilometers, with Santiago, its capital, as the most populous city. Santiago is ranked as the 2nd best city for business and the 3rd best city in terms of quality of life in Latin America. Surrounded by mountains on all sides, this expanding metropolis that boasts one of the most dazzling backdrops of any capital city on the planet. It has an intriguing mix of the old and the new, with grand architecture, interesting museums, world-class restaurants, and an atmospheric historic center. Some of the most popular attractions in the city are Plaza de Armas, Parque Metropolitano, and the Museum of Human Rights. The most popular neighborhoods are Vitacura, Las Condes, Lo Barnechea, and Providencia.

Just an hour’s drive away from Santiago is Viña del Mar, one of the most important destinations in Chile that lies in a beautiful spot on the Pacific Coast. Its main draw is the beautiful beaches, but it is also home to the beautiful gardens of La Quinta Vergara and a castle built on a small rock outcropping along the beach known as Castillo Wulff.

Along with Santiago and Viña del Mar, Valparaíso, Chile’s main port and a thriving maritime city, is also popular. It offers a fascinating mix of Victorian architecture and bohemian bars along a coastline of sheer cliffs. Packed with history, Valparaíso is listed as a UNESCO World Heritage Site since it presents a mesmerizing example of late 19th-century architectural development in Latin America. Some highlights in this city are Valparaíso Natural History Museum, Valparaíso Fine Arts Museum, and Casa La Sebastian (a museum devoted to the famous Chilean poet Pablo Neruda).

Types of Property in Chile

With the increasing demand for residential and commercial property, numerous different types of property catering to all budgets and preference are available. From large houses to small apartments, buyers are free to choose what suits them best.

Houses are common in the countryside, small towns, and wine regions, though they are also available in large cities. There are different types of houses, with different sizes and styles. Most houses have a modern design, though there are also traditional and colonial-style houses. Houses in Chile offer residents lots of space and privacy.

Office and commercial property for sale are available as well and are commonly situated within central areas.

What is the average price of a Property in Chile?

Chile is a modern country with the lowest level of corruption in Latin America, as well as the lowest level of poverty, the strongest economy, and the highest standard of living. It has an efficient public transport system, well-maintained infrastructure, clean cities, and high-speed internet. When compared to other countries in Latin America, the living cost is certainly one of the more expensive but is still relatively affordable for most expats. As little as $1,500 per month is enough to cover all basic needs, while $2,500 to $3,000 a month can provide a good quality lifestyle in the city center.

The official currency in Chile is the Chilean Peso (CLP). 1 USD is equivalent to approximately 773 CLP. Credit cards, particularly Visa and MasterCard, are widely accepted. ATMs (known as redbancs) are widely available across the country.

The largest religion in Chile is Christianity, but there are also small communities of Mormon and Baháʼí Faith. Chileans are seen as more formal than others in Latin America. The customary form of greeting between men is handshaking, while women usually greet friends with a kiss on the cheek on informal occasions. The official language is Spanish, but Mapudungun, Rapa Nui, and Aymara are also spoken by a small percentage of people. English is not widely spoken, so it is advisable to learn some common Spanish phrases before traveling to Chile.

A number of visa types are available for foreigners who want to live in Chile long-term. The most common type is a temporary resident visa, which is valid for a maximum of one year. There are several categories of temporary residence visas, including professional visa, contract work visa, independent worker visa, investor visa, and retirement and periodic income visa.

Top 4 Reasons to Invest in Chile

Houses For Sale Near Me

Apartments For Sale Near Me

Land For Sale Near Me

Property For Sale Near Me